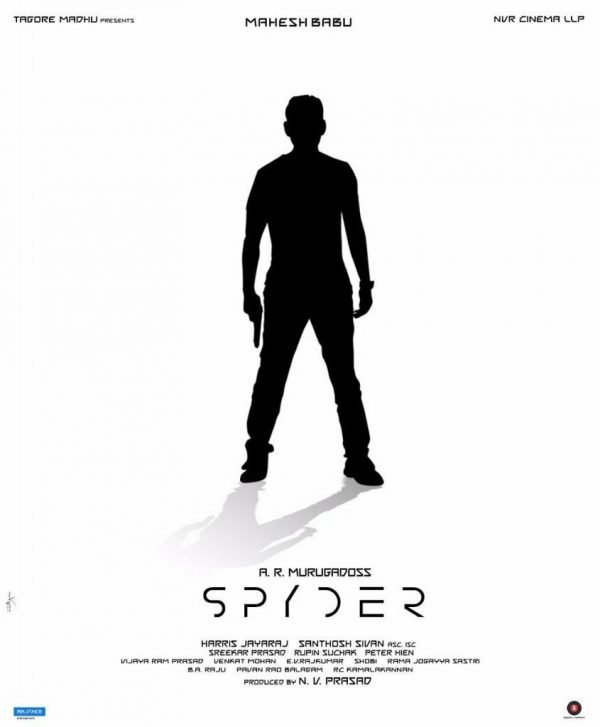 We live in an age where technology “personally” has pretty much become something of a necessity in our lives. In this world of false security and cloud storage, how do we know that no one is listening to our conversation or watching us while we are our minding our businesses? AR Murugadoss’s Spyder explores the very culture and follows the life a man, Shiva, who works in Intelligence Bureau as a call tapper. Here, he tries to ask questions like Finch (Person of Interest Character), “So many crimes are planned these days, months in advance, What if we could stop those??”

It’s an appealing idea, if not subversive one. “Spyder” is essentially “The Conversation” meets “Person of Interest” with a tinge of “The Dark Knight” and makes good use of the Hyderabad location, its omnipresent cameras and phones, there’s a potentially thought here that reverberates the idea, “Are we really safe in this concrete jungle?“. When the first glimpse of Spyder released, I was excited to watch the movie with all the Spider analogies and the clever web theories surrounding. Some of them created in my head too. After so many days of wait, the movie has come out and I have to say one thing, the concept teaser has misguided us all. This is just a normal cat and mouse game thriller, made on a “Disaster” scale to please the audience.

The basic character of Mahesh Babu, Shiva is designed over the characteristics of Lord Rudra and Shiva, in general. Rudra needs to catch hold of Bhairavudu who has gone mad. Spoiler Alert Bhairavudu’s younger days resemble the mythology of Bhairavudu going rogue and in the present day, Shiva as Rudra tries to stop him by hook or crook. A small mythological touch to the movie from A.R. Murugadoss without hinting at it. Also, he creates a “Joker” villain for his “Dark Knight” hero.

Literally, he puts the blood on the villain, in the final scenes to make him look like the “Joker”. Well, even though his basic premise and thought process are great, he misses the point in keeping his ambition in check. Even Christopher Nolan, who has a character like Joker, did not let him just look to blow up a boat or a big hospital. His plans are highly complex and he tries to simplify it by testing the humanity in general. So, the idea needed to have such simplification too when you want to touch the complex, humanity, and lack of it in the current generation. Rather he takes the idea from Dark Knight, blends it into The Conversation and then looks to make a one on one battle royale for an Indian audience.

There his structure and screenplay fails to keep the relevance of the idea. It stretches to unbelievable lengths. How come a security guard have so much know-how about technology? How did Bhairavudu acquire the ballistics required to blow up a hospital? How did he manage to plan all those “disaster” master plans single-handedly? What drives Shiva to save everyone? Why can’t he digest the idea that he can fail in one or two cases? What makes him think he can be the “God”? All these basic questions, that give the sequences a strength and characters a backbone to lean on, miss the clear-cut answers from the maker. He dilutes the impact of his own “Disasters” by letting one play after the other, without letting them grow on you in a generic fashion. His ambition is visible, his adaptive powers are commendable but his vision lacked clarity of thought. His characters other than Bhairavudu seem to have to no strong motivation or driving force. While Shiva appears to be naturally motivated to save people, but his thought process needed some more exposition or a scenic representation. Well, he cannot just be a “Commercial” hero, who is a Messiah of masses without proper reasoning.

Simply put, A.R. Murugadoss tried to play with his own characters like the puppet master in this Gemini Circus of catastrophic events without any set goal. In his Thuppakki, the goal is to eradicate Terrorism, in his own Kaththi, the goal is to bring out the water problem to the notice of the common public, in his own Ramana, the goal is to ask people to react against corruption. So what is his goal for Spyder? Is it to make a Spy thriller without any excitement of spying or thrills? Or is to say that sadistic pleasure in Humans is increasing? If the later is his goal, then his villain is a perfect choice but his hero cannot be a Messiah of masses who is a guarding angel. He needs to be grey or there should be one character that is on both sides which have to choose to not fall into the trap of darkness like Bhairavudu and come into the brightness of humanity. Or else, he needed to make it a point of proof like The Dark Knight climax. With him approaching this as a simple thriller with larger than life visuals and man-made disasters parade, he ends to annoying the yawning crowds.

Don’t get me wrong when I say, ambition and desires should be in check. They need to be. In life and in movies too. You can be over ambitious to achieve nothing. So, they should be a clarity that guides you through. Even the legendary cinematographer Santosh Sivan fails to give it a direction to the ambition with his camera and hence we see him doing rough patch job for his standards. Even other crew barring Harris Jayaraj, who gives his support with good enough BG Score, including Sreekar Prasad, Peter Hein fails to bring the pointless ambition to a proper representative idea on screen.

SJ Suryah puts his life into the character of Bhairavudu and doesn’t let go of the character even in one instance. Mahesh Babu deserves much better characters and directors to push him out of his monotone monotony. He proved and proves again that he is more than that time and again. Rest of the performances not up to anyone’s mark.

When you sit down to analyze, Spyder the basic issue appears to be the great knowledge that a man like A.R. Murugadoss posses. He has passion, quality to research and develop a complex idea into a simplistic screenplay. Here too, he shines in Bhairavudu story but unable to increase the stakes organically, he ends up making a thriller that resonates with his thought process. Sometimes, we do need to analyze while taking steps towards our goal and the team appears to have not done that completely. With logical flaws, still, the movie could have much much better if the director did not choose to overlook some blatant details and execute intense scenes in a comic way. This webbing needed to be smart and strong, but it is too weak to even hold up itself without crushing under its own weight.