It is absolutely manificient when savvy sci-fi not only re-emerges, but returns and blooms with spectacular results. Tucked neatly into this technologically and sometimes adventure genre of film is time travel. While time travel films aren’t always done right, but when they are they make one hell of an impact; the “Back to the Future” trilogy, the “Terminator” quadrology, “Donnie Darko,” “Primer,” “Twelve Monkeys,” “Source Code,” and the fantastic Telugu film “Aditya 369” are just a few examples. Combine that potential with the impressive writer/director Vikram Kumar and an incredible cast that includes Suriya, Nithya Menen and Samantha Ruth Prabhu and you have one of the most anticipated films of the year on your hands with “24.”

When it comes to time we are prisoners: H G Wells

The main conceit starts out clunky, and then smooths out as the story moves long. In 2016, whiz watchmaker Mani (Suriya) discovers a key of mishmash in his work shop area. His dad brilliant scientist and entrepreneur was killed in process to save him from “brilliant” antagonist Athreya (Suriya) in 1991. Years later, the son, like dad, is a nifty watchmaker. As he open the Shiva Kumar’s cryptex box, and realizes that watch can be used to travel space time continuum (4th Dimension) and freeze time.

At this time, Athreya wakes up from 26 year coma, with half paralyzed body. Mithra (Ajay) tries to get the world’s best doctors on his master Athreya but things don’t work well with his present situation. Awaken in 2016 Athreya must live by his wits to find Shiva Kumar’s Project 24 and recreate it to save his own life. Will Athreya succeed in aspiration? How did Athreya manipulate Mani for the watch? Who is Matha (Saranya Ponvannan)? To find these answers you need to “watch” this film in theatres.

“24” has plenty of the usual time travel trickery and shenanigans. Fans of the genre expect no less and this movie inspires from “Project Almanac”, “Bertud-ng Putik”, “Los Cronocrimenes”, “Quantum of Vengeance”, “Prince of Persia: The Sands of Time” “The Blue Yonder”, and of course the novel “How to Live Safely in a Science Fictional Universe”. Vikram Kumar’s script even remind us of “Anji” (Which is inspired from Hollywood film “Indiana Jones and the Last Crusade”), when director tries to stress on the point, where Athreya wants to live life but also wants to live only as perfect young person.

Like many time-travel stories, “24” is a flight of wish fulfillment fantasy. What if it were possible, it asks, to go back and do the right thing at the right time, to capitalize on a missed opportunity, to avoid a critical misstep? The movie is written and directed by the Telugu filmmaker Vikram Kumar, who specializes in fantasies. At a glance, “24” appears to be of a piece with those crowd-pleasers: It’s got in Suriya, an earnest, charmingly cumbersome leading man, commanding the laws of chronology to make his dreams come true. There is also an powerful antagonist, who is not only rugged and showcases his strength in need, but will also come across as a Intelligent one, warmly colorful supporting characters, amazing art work and locations, and a climax that combines everything, portraying even the “ripple effect” cant effect the good hearted. It’s all so exquisitely… anti-cartesian.

Lets face it, any film that deals with time travel is going to face some pretty complicating plotting issues right off the bat – the idea of time travel itself is riddled with paradoxical dilemmas. Major films try to navigate the paradoxes without raising too many red cards. Unfortunately “24” is not one of those films.

Merging Conscience: In a time travel film, two things can happen. Either traveler will exist separately from his past itself, which means there would be two of the same person existing in the same period. Or the time traveler will fuse with the past itself, dwelling his body so there is only one person. The latter is the route that Vikram goes with, though the details are unclear in the execution. (Spoiler) As Mani travels back save his parents in 1991, he is an infant but still remembers everything happen in future with such a short memory [According to a Experiment: Infants are limited to Sensory and Short term memory till 4 years.] 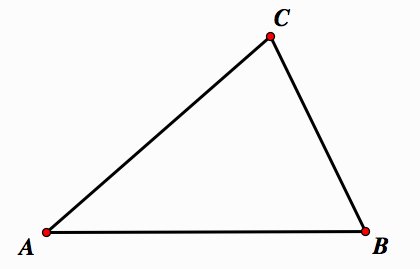 Usually time travel movies attempt to avoid some inherent paradoxes associated with time travel by setting out specific rules and sticking to them. Here 24 try to make a attempt at setting up such rule and fail. Messing up with past event can cause “Ripple Effect” on subsequent events. When A (Shiva) gives the Infant to B (Sharanya) and dies, that infant grows up to be C (Mani). And when C gets to time travel directly to A and change past. That should change the course of past & future of Point B (Sharanya) and clear C (Mani)’s relationship with Sharanya. That doesn’t happen and he remembers the altered future, gets going with his future memories.

Fun Fact: The magical Rain Drops freeze in 24, suffers from factual error. The freeze down Rain Drop sequence should have droplets in the shape of burgers with rounded top and flat bottom. NASA Link: Click

“24” had the potential to be a landmark film (like Aditya 369), but its screenplay is woefully inept, and the film suffers from excessive bloated-ness and could have easily done away with the clogging songs, the over romantic scenes following up to most serious and morbid situations. It gets out of hand (Spoiler) when Sharanya turns out be relative of Samantha Ruth Prabhu and Suriya tries to flirt with “ImaginoRomansoPhilia”, making complete joke of sentimental re-union after 26 years. Its this kind of staged dramatic and romantic sequences and songs that never really allow us to take any of the situations seriously.

Still there’s a fair bit that’s watchable here. The film’s entire first half is reams ahead of its second and that’s when it’s really kicks into gear and get the introduction of time travel – characters right. Suriya characters are really interesting piece of the puzzle. Athreya commits some of the most flagitious crime imaginable, but his reasoning for it is just. As you’re shown his back story, you understand what he’s going through and almost find yourself rooting for him in few scenes. He’s like a villain with strong grievance. Surya tried to showcase more maturity and poise through Shiva Kumar’s character. With his third character Suriya is freewheeling and eminently likable. Like he always is, and his character graph is believable. Unfortunately, of the cast it’s just him, and to a lesser extent Sharanya Ponvannan who delivers the goods, the remaining actors just about pass muster often wandering in and out of frames with no perfect rhyme. The biggest misfire here is Samantha Ruth Prabhu, an actress so likable in films like Ye Maaya Chesave, Yeto Vellipoyindi Manasu, but is entirely forgettable here. Except for one sequence which she nabs (the introduction scene), her chemistry with Suriya is woefully flat and her consistent incertitudes adds little to the character, that you never really warm to throughout the duration of the film. I think the problem is she cant really decide whether she wants to be taken seriously as an actress of content or whether she wants to be glammed up typical Tollywood heroine, so she darts between the two.

My Interview with Vikram Kumar

Vikram Kumar’s direction is good. Credit goes to him for giving the south audience a novel time travel experience. He has excelled in extracting good work from the actors. Music by Oscar winner A R Rahman could have been better. While the Chirunavve is refreshing, and “Kaalam Naa Preyasi” song is appealing. The other songs range from fair to good. Song picturizations are very eye-filling. Background Score by A R Rahman is appropriate. Tirru cinematography is marvelous. The film looks just too beautiful. Visual effects by After Studios and Prime Focus are alright. Art Work for the introduction scenes and Mani Watch shop is good. The editing is unfortunately not on par inspite of making it a decent 164 minutes affair. He could have worked a bit on romantic scenes and family gathering sequences in the second half. Production values of 2D Entertainment are grand.

All in all, “24” with the right script could have been cinematic gold, potentially our version of “Back to the Future” or even “TimeCrimes”, but despite an interesting premise, and good performance by the lead Suriya, the film comes slumped because of dragged melodrama that should have been taken care of when it was conceived. Don’t get me wrong. It’s watchable, but for the valiance it was trying to depict, it should have been nothing short of a chef-d’oeuvre.