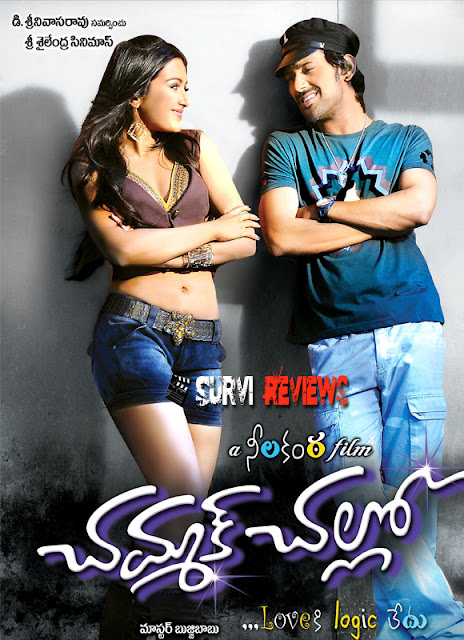 Kishore (srinivas) who is looking for a good love subject to prove his skills as a director. He chances upon a college lecturer Apparao (sayaji) and Apparao begins to share a love story at his college. This is between Shyam (varun) and Anshu (sanchita) and how Apparao is a cause for triggering love in them. College is over, they get engaged and Shyam gets job and moves to Bangalore and there he meets Sunaina (catherine). The rest of the film is about how Shyam and Anshu would get united at the end.
Performances:
Varun Sandesh mannerism and facial expressions in this movie are very artificial. Sanchita Padukone lacks spontaneity in her expressions and naturalness in her body language. Varun and Sanchita love scenes are pretty boring. Catherine Tresa is cute. She did well with in her limitations. Bhramaji and Surekha Vani didn’t suit their characters. Shayaji Shinde has no scope for any performance. Srinivas as an aspiring film maker failed to make an impact with his performance. Vennela Kishore got another fine role in this film.
Technicalities:
The main storyline of the film is inspired by the feel good romantic genre films of Tollywood.  G. Neelakanta Reddy, who proved himself as a successful award winning director with films like Show, Missamma and with recent Virodhi.  Disappointed with his work in Chammak Challo. Screenplay of the film is sluggish. Though directed tried making a soft film with feel-good romantic texture, he could not inject soul into the characterizations of the hero and heroine. Dialogues of the film are unimpressive. Editing by Nagi Reddy could have been better. The music by Kiran Varanasi is not good. BGM is loud. Photography is ok, The DI (color grading) is also not properly done. Production values are average.
Survi Verdict:
Bad news for Varun Sandesh fans. His films are getting from bad to worse. Neelakanta has to be blamed for making this film which will neither make you laugh or cry. Chammak Challo tends to wander aimlessly while wallowing in misery. On the whole, Chammak Challo is not sweet, but a bitter pill to swallow.